What should you do when you find a Secret Calculator Lock on your child’s phone?

If you found a Secret Calculator Lock Apps on your child’s phone, do not panic!

You might feel angry or shocked with some of the content found on the app but panicking will not help resolve the situation . As much as you feel like punishing them, you have to do the more difficult thing which is having a tough conversation.

Prepare yourself for a tough conversation 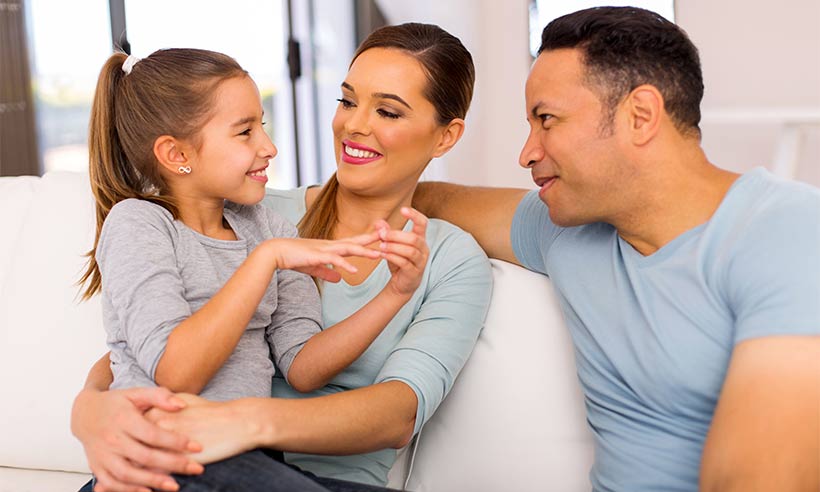 Open communication with your children is key to keeping them safe. If you see anything bordering on inappropriate, make sure you discuss the issue with your child. Your children should always be aware of the fact you are checking on what they are doing on their devices. Many parents require their children to turn in their devices each night. This is a great time to check through applications, texts, pictures, and videos. If the morning isn’t too busy, it can be a great time to discuss the problems you noticed the night before. Talk to them calmly and ask them what made them engage in such a conversation or lead them to share inappropriate photos.

After you have shown them the content that you have found, ask them why they installed the Fake Calculator, watched the video, sent the texts, or did whatever it was that was deemed inappropriate.

Children are often not aware of why what they did was against the rules, or they don’t know why they did what they did. This is the main reason it is so important to stay on top of their device activity. A 13-year-old can have a hard time understanding that the things they do online are permanent.

Explain to them exactly why you don’t approve of the Fake Calculator App, or why what they said online was not appropriate. Helping them understand the reason what they did was wrong can help prevent it from happening again. Say ‘This is not an easy conversation for both of us, but we need to talk about this. Can you tell me why you took this photos? What were you hoping to get from it?

If they have installed a gallery Vault app, ask them to open the application and show you the content.

Do not shame them:

Despite what your child have done, judging them might effect their self-esteem. They might also not trust you in the future. Children are growing up in an increasingly difficult world. The temptations of sexting and sharing nude pictures are difficult to resist. They are constantly bombarded with ads that can promote such a behaviour.

Use this opportunity to connect with them and let them know that this behaviour is wrong. Instead of telling them how foolish they have been. Inform them about images that are ok to share and those that are not. Let them know that storing inappropriate images of themselves or others might have great consequences if it ever gets leaked. This is an example of a teen whose photo was leaked by her boyfriend that led to her misery.

If they refuse, it is time to take the device away for a period of time until they are willing to show you.

Once you have explained the reasons behind why you check, and why what they have done is not approved, make sure they repeat back to you why it was a problem. This is an important step so that you know they understood what you were talking about.

Reinforce good behavior: In your examination of the device reports, find something good to talk about as well. If you see that they were very nice to one of their friends, or helped someone, you can show that as well, and let them know how much you liked seeing that activity. This final step can help reinforce how much you love them, and leave them feeling better about themselves.

Incase you dont know what is Secret Calculator Lock

Catching your children doing inappropriate things can be hard to deal with. I would absolutely forbid any use of secret calculator lock. Stay up to date on the most popular ones so you know them when you see them. Keep the conversations active with your children, and check on them frequently, hopefully they will learn appropriate digital behavior before they become adults.