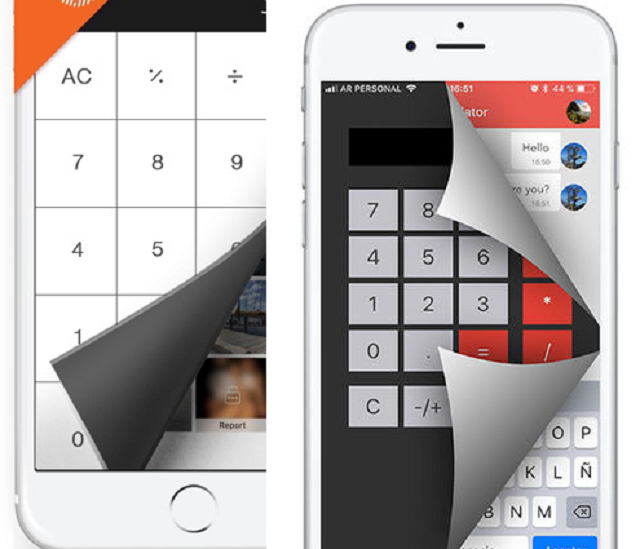 As its name spells out, video Locker hides your pictures from would-be snoops. A stealth mode hides the app icon, and the camera will take a shot of anyone who inputs the wrong password three times in a row. Gallery Locker is free, so features like break-in attempt tracking and stealth mode don’t require an upgrade.

Keepsafe, a company known for its mobile VPN and other security products, hides your photos and videos and also has a folder to store snapshots of your credit cards, ID cards, and passport for safekeeping. It also has break-in alerts, password-protected folders, and the ability to create a fake PIN that leads users to a decoy Keepsafe. A feature called Secret Door App disguises Keepsafe as a virus scanner or calculator app. The app is available for iOS and Android.

The basic plan includes 200 photos, while the premium plan ($149.99 for life, $23.99 per year, or $9.99 per month) includes 5,000 photos, break-in attempt tracking, and the ability to restore deleted files. All users get a free trial for premium, but your plan reverts to basic if you don’t choose to upgrade.

Like many other apps discussed here, Vault (Android-only) won’t show up in your recent app list and blow your cover. You can also set up two locks: a pattern followed by a pin code. Vault can hide photos, videos, and texts and calls. The premium version ($29.99 per year or $3.99 per month) has a stealth mode which hides the app icon, a camouflage app lock that hides apps in the vault, and a decoy vault to fool snoopers.

Phones running iOS 8 and later can hide photos from their Moments, Years, and Collections view. Hiding sensitive photos prevents friends from accidentally (or not so accidentally) swiping past the photos you want them to see and stumbling upon that awkward selfie that’s for your eyes only. However, it’s not as secure as third-party vault apps, since hidden photos land in an album that’s labeled hidden and isn’t password protected.

On Android, Google Photos has a similar feature. You can archive photos you’d like to keep private and access them in a hidden folder. Again, this moves private photos out of your regular stream. But it doesn’t prevent someone from opening the archives when the phone is unlocked.